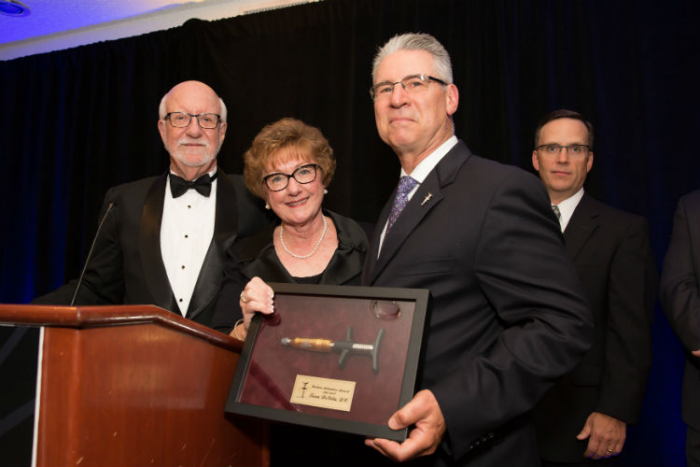 An international gathering of chiropractors assembled in Phoenix July 20–22, 2017, for The Activator Global Leadership Conference, to mark the 50th anniversary of the founding of Activator Methods International.

Attendees came from around the U.S., and countries abroad including Spain, Japan, Greece, England, and Canada, underscoring how broadly the Activator Method of instrument adjusting has spread around the world.

This meeting combined education, celebration, and recognition, culminating in a gala awards ceremony. Speakers giving presentations at the conference included such well-known figures as Fabrizio Mancini, DC, author of Chicken Soup for the Chiropractic Soul and The Power of Self-Healing.

During the three-day event, the presenters addressed practice success, challenges facing the profession, prospects for the future, and the science and evidence supporting chiropractic treatment and the adjustment. To conclude the proceedings, Activator Methods hosted a 50th Anniversary Gala Dinner and awards presentation ceremony.

Highlights of this event included formal recognition of Arlan Fuhr, DC, for his role in developing and promoting the Activator Method, and the presentation of an honorary doctorate in chiropractic for Judith Fuhr, who in her role as Dr Fuhr’s wife and CEO of Activator has presided over the growth of the company in its latest phase of worldwide expansion.

A number of chiropractors in attendance were recognized for their above-and-beyond efforts in promoting the popularity of instrument adjusting with the Activator Method, and were personally awarded a golden Activator IV 50th Anniversary edition instrument.

Chiropractic can be a physically demanding profession, and instrument adjusting offers the skilled doctor of chiropractic a potentially longer working life, as well as access to special populations who are not suitable candidates for standard adjustments. In addition, instrument-powered adjustments are more readily replicable and offer associate doctors easier entry to the profession.

For these reasons and more, Activator Methods had a wealth of significant accomplishments to celebrate on this auspicious occasion.