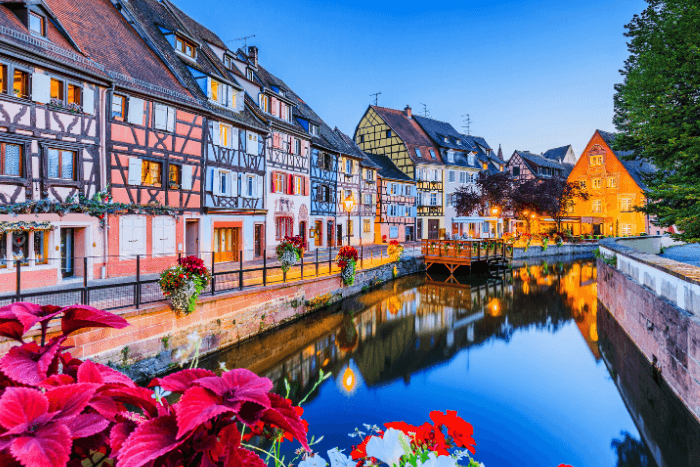 Have you dreamed of strolling down the tree-lined boulevards, finding new quaint coffee shops by day and sipping full bodied Parisian wines by night? I know I have a time or two.  The romanticized version of France makes the entire country seem like a far-off fairytale where you still might run into Humprey Boghart in Paris.  Fairytales aside, chiropractic jobs in France are still relatively few and far between.

Chiropractic wasn’t made legal in France until 2002 so with not even 20 years of legal practice under their belt, the entire country only has 500 or so practicing chiropractors.

(Side note: unfortunately there will be no clever French words thrown into this blog.  I was a Spanish minor in college and spent a summer in Spain not in France.  The best I can do is talk about Cabernet Sauvignon or a cheeky Pinot Noir).

Why should you consider taking a chiropractic job in France?

Supply & Demand: this is two-fold. First, the amount of chiropractic jobs in France vs the population is in favor for the chiropractor. 500 chiropractors vs 67 million people…that presents as a huge opportunity of growth for the profession. The second part of this is pricing structure.  Supply and demand, if you have goods and the people need to goods, the pricing structure is certainly in favor of the chiropractor.  As an American, I look at that and think huge financial opportunity. Then I remembered, different healthcare system in France vs US.  As it turns out, because the profession is so new in France, chiropractic is not covered by insurance yet. I found the average treatment/adjustment in France is around 70 euros out of pocket.  The ability to get $75 for an adjustment is one heck of a price!

Private Practice: most chiropractic jobs in France are currently in small private practices. The likelihood is, your chiropractic job would be as an associate (its where I started too & its generally a good gig).

You Live in France: see intro and watch some movies.

Other interesting note, the biggest competitor in France for chiropractors are osteopaths.  That is not a new concept.  We had the same issue for years in the US.

Here is an excerpt from “chiropractic law in France.” The below paragraph was translated from French to English.

“The development of chiropractic by making it famous, on the right way, an unknown profession represents a tremendous work. For example, when we look for a chiropractor with “google research”, we find an osteopath in 90-95% of research. The reason why is because there are about more than 70 osteopath schools in France and 1 college of chiropractic. This college teaches mainly 90% of medicine class for about 10% chiropractic. The other reason is because osteopaths can “adjust” patients.”

For specific jobs in France please check out www.chirorecruit.com for more information or keep perusing through this web page for more details.