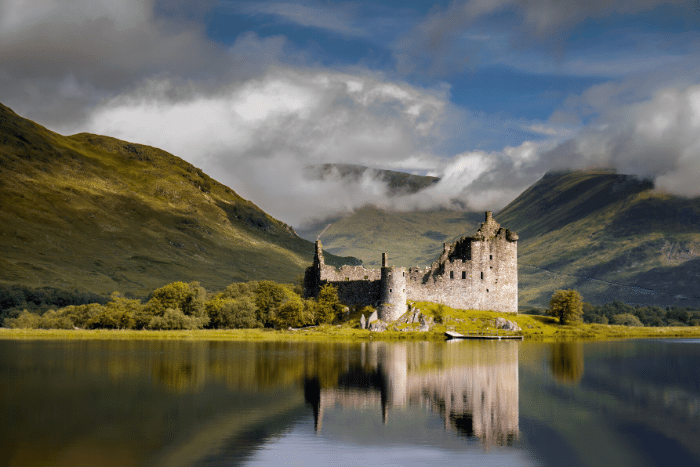 From the highlands, to whiskey, to bagpipes and the loch ness monster, this northern gem just might be the place for you.

Before we dive into the specifics of chiropractic jobs in Scotland, here is quick reminder that Scotland is one of the four countries that make up the United Kingdom.  The other three would be England, Northern Ireland and Wales. A big portion of the chiropractic regulations in Scotland will be the same rules which apply to England. If you know you are good to practice chiropractic in England, then it’s a pretty safe bet a chiropractic job in Scotland would be a very easy transfer for you.

Becoming a Chiropractor in the UK

The UK is part of what I like to call the “Big Four.” By that I mean, chiropractic was first established in these countries, has heavy regulation, lots of education required but is also widely accepted both from the population and insurance companies.  Setting up shop in one of the big four (US, UK, Australia and Canada) is certainly not going to be the wild west.  There will be very specific steps with little to no ambiguity when it comes to licensing and practicing as a Chiropractor.

The UK requires an undergraduate degree followed by a postgraduate master’s course. The course needs to be recognized by the General Chiropractic Council.  If it’s not recognized by the GCC then it’s a no go for practicing as a chiropractor. Once all the education has been completed the new graduate is required to complete one year of practice under supervision.

Once this has been completed it appears you can practice as a chiropractor in any of the countries that are under the UK umbrella.

Let’s take a look at what chiropractor jobs in Scotland looks like specifically.

There is the Scotland College of Chiropractic, along with several other chiropractic colleges in the UK.  In general, I do think it’s easier to go to school in the country you would like to practice in (if that’s an option). They are obviously very tuned in to all the requirements for that specific area.

A good place to start would the Scottish Chiropractic Association.  It originally formed back in 1979 and now has over 85 members for Scotland specifically. With Scotland having a population of 5.5 million, that is a great opportunity for chiropractors.

The cost of living is estimated at just a smidge over 3,000 euros for a family of four/month in Perth.  A single person household gets an estimate of 1500 euros/month.  On average a brand new graduate chiropractic job in Scotland makes 30,000 euros/year but with time and experience can end up making closer to 50,000 euros/year.

90% of Scotts live in and around Perth, Glasgow and Edinburgh so my guess would be living slightly outside the cities would help lower rent prices.

Working with another doctor or setting up your own shop, chiropractors here are in private practice.

In a recent study done, it was found that Scotland ranked higher as a better place to live than England.  Residents feel that they have more autonomy over their lives from health care choices, education and tolerance for different cultures. The one thing everyone agreed on is that Scotland has the worst weather out of the UK with persistent drizzle and cooler temperatures.

For more information on chiropractic jobs in Scotland or employment opportunities please check out the links below.

For more information about licensing in the UK: https://www.gcc-uk.org