Working as a Chiropractor in the Netherlands 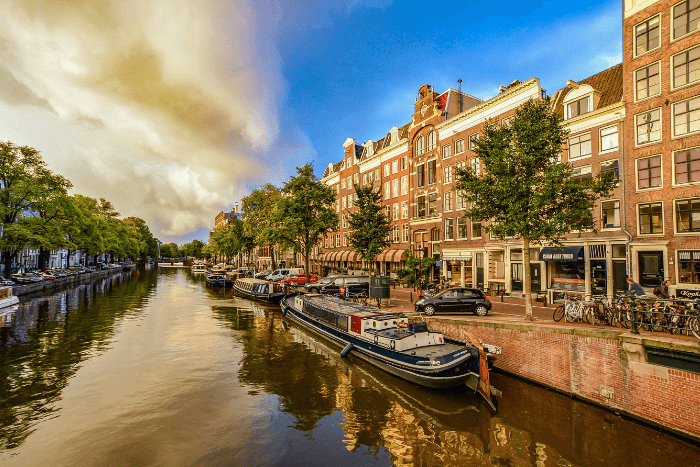 In chiropractic school, it was not uncommon for classmates to start to pair off with each other. If you have any kind of Christian background than yes I am talking in the “biblical sense.”  Kidding aside, it does makes sense.  We spent every waking moment either in class, studying together outside of class or imbibing with each other on the weekends to forget the first, two scenarios.  Interestingly enough, I would say from my chiropractic class alone there are at a minimum five couples who have since gotten married and have started families.  What does this have to do with the Netherlands?

My friend who, as I put it, married the “Flying Dutchmen.”

Her now husband, came to the States just to go to chiropractic school.  His dad was an American who married a Dutch woman and had opened a chiropractic office years ago just outside of Amsterdam.

They got married. My friend moved with him to the Netherlands, starting learning Dutch and was able to take a chiropractic position within the family business.  The last pictures I saw of them with their boys traveling to Spain looked like she was enjoying her new European lifestyle.

Have you considered taking a job in the Netherlands? If you haven’t keep reading to find out if this unique country could be right for you.

Since the Netherlands are known for their connection with water I will do my best to incorporate some nautical terms.

Uncharted waters means, there still isn’t a strong settlement of chiropractors yet in the country.

The NCA or Netherlands Chiropractors Association, states that the profession is growing but there are only 240 recognized chiropractors in the entire country! That's only 1.5 chiropractors for every 100,000 residents.

It’s easy to see that the Netherlands have a big need or lots of space for some alternative health care practitioners.

Chiropractors might be in limited quantities but they are still mighty and have been recognized by the government as a professional organization.  What does that mean? Almost all health care insurances in the Netherlands have some kind of reimbursement or coverage for chiropractic care.

Check this out…a standard google search revealed chiropractors around the Amsterdam area charge between 45-60 euros (sorry I don’t have the euro symbol on my keyboard) for a routine adjustment.  I certainly wouldn’t be opposed to $55-70 per adjustment!

However, if memory serves me, the office my friend went to go work for was cash only…hmmmm..summers in Spain.  Too bad I didn’t meet this guy first.

Now I don’t know if this is still true.  I couldn’t find any factual information on the subject but there was one bit of information my friend had told me about the Netherlands before she left that I always found interesting.  The government does recognize chiropractic but at least back then (6 years ago) it was not super regulated which meant that chiropractors did not have to do SOAP notes.  After she came back from visiting the clinic, she told us they were seeing 500 patient visits/week with no notes needing to be done! Again, I don’t know if that is still the case but it may be worth investigating.  Heck, even if the amount of paperwork was lessened or not as strict it would be a huge plus for working in the Netherlands.

The Weather, the People, the Intrigue

I don’t know if Amsterdam has the same effect on other Europeans, but just mentioning the city to an American always raises an eyebrow and seems to come with lots of interesting stereotypes.  I have heard it’s also a beautiful country with amazing architecture, surrounded by history, filled with open minded residents and some pretty tasty food. I had a short lay over once in Amsterdam and I remember the beer was good even in the airport (spoken like a true American, sigh).

The weather appears to be pretty mild with cool summers and mild winters. If you like warm/hot weather this is not the place for you.  If you enjoy weather between 35-65 degrees all year round, then get some waterproof gear, a bike and get peddling over to the Netherlands.