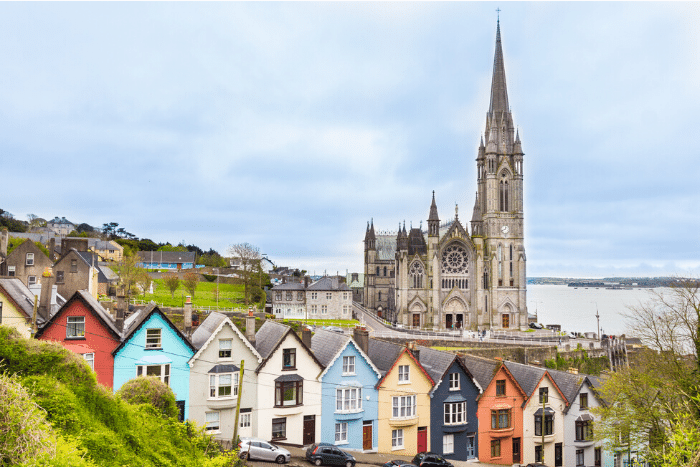 A few years ago, an American acquaintance of mine had her wedding in Ireland.  I was not invited, hence the use of acquaintance & not friend, but the thing I remember most was how stunning her pictures were. Ever since her wedding, I have seen pictures from fellow travelers and Ireland looks incredible. If this temperate, emerald isle country strikes your fancy than grab a Guinness and lets talk about chiropractic jobs in Ireland.

How does working as a Chiropractor work in Ireland?

The job of CAI is to make sure all of its members have attended an accredited college (ECCE/CCE/CCEI/ACCE), the organization promotes the highest levels of training and education a chiropractor can receive.  If a person does not attend a chiropractic college with one of the fancy abbreviations above, then that person cannot join the CAI.  If you are going to get a chiropractic job in Ireland, that means you don’t get put on the website, primary care physicians won’t refer their patients to you and the insurance companies in Ireland won’t cover you.

Show me the Money:

Depending on where you live in Ireland, the cost of living can vary quite dramatically.  Living directly in Dublin will hurt your wallet the most with rent prices meeting or exceeding 1500 euros (I’m not sure where my Euro key is) but moving just outside the city limits can shave nearly 1000 euros off of rent.

Chiropractors on average make about 30,000 euros starting off, so living modestly in the beginning would be likely.

I was looking up standard of living for Ireland, the country ranked lower than the majority of the countries in the European Union. This was mainly due to high cost of living vs wages earned.

Curiously enough, I looked up if people who lived in Ireland were happy.  As it turns out, Ireland is #16 on the planet! The survey comes from the United Nations and out of the 156 countries they talk to that puts Ireland in the top 10%!  Apparently once again, money isn’t the only factor when it comes to satisfaction and quality of life.

Notes Before You Go:

“Chiropractors who wish to work in Ireland need a work permit if they are not EU citizens or otherwise entitled to work within the EU.

Work permit applications are made by employers to the Department of Enterprise, Trade and Employment see https://dbei.gov.ie/en/. Before a prospective employer can make an application, the employee must join the CAI. To get more information about working as a chiropractor in Ireland, please email the CAI.

Citizens of New Zealand, Australia, Canada or Hong Kong aged between 18-30 who are qualified chiropractors can get a working holiday visa for Ireland. This lasts for one year but you can only work as a chiropractor for any one employer for three months. More information is available at: https://dbei.gov.ie/en/

Insurance in Ireland is normally via the scheme that the CAI has negotiated with Sheridans Insurance. Please note that they do not give refunds on policies within the first year. You can get more detail on insurance issues by emailing us.

Note that you must allow AT LEAST two weeks for a membership application to be processed. The CAI endeavours to process membership applications speedily but a number of documents are required including original graduation certificates, personal and professional references etc. Please contact the CAI for a full list of requirements: caiadmin@chiropractic.ie"

For more information check out:

All of the information in this blog pertains to Southern Ireland. Northern Ireland is still part of the United Kingdom and follows the rules and regulations of the UK.