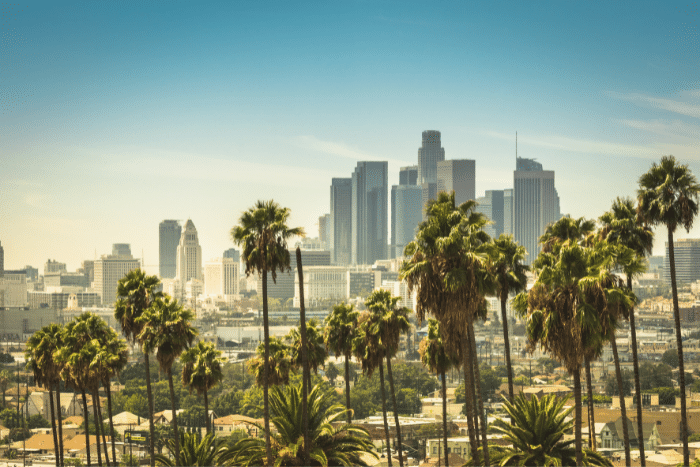 California known for its never-ending sunny days, temperate climate and beautiful scenery it has been a top US destination for a long time. Specifically LA, with Hollywood, movie stars and all of its iconic heritage, it makes sense that up until the last two years people from all over the world have flocked to this city.

When I was a kid and we lived in southern California (we did not live in LA) but I did have a lot of field trips to LA and the surrounding areas. Depending on traffic it would be an hour to an hour and a half bus ride to the museums, the La Brea Tar Pits, the Queen Mary or catching the boat to Catalina Island; the greater Los Angeles area seemed to have it all.  We haven’t even mentioned Beverly Hills, driving down Pacific Coast Highway along the ocean or stopping off at the end of Route 66 at the Pier in Santa Monica. Once you have arrived at LAX, the possibilities seem endless and as idealistic as the movies have portrayed. Grab your surf board and let’s chat about this US west coast city.

I’d say if you are moving to LA for a chiropractic job there will not be a shortest of folks to treat.  The 2020 census reported that Los Angeles proper had just under 4 million and the greater Los Angeles area had close to 19 million.  Remember, the city is spread out over 500 square miles.  That’s why when you have two people living in LA, one person can live very inland and the other on the coast.

As a lot of Americans think (or at least the ones I know), when we think of California we think of high costs and a high standard of living.  The saying is once you move out of California, you don’t move back because you can’t afford to buy a house there again. That being said, I know people who are still moving to Cali and make it work (and love living there!).

According to google, “The typical home value of homes in Los Angeles is $988,288. This value is seasonally adjusted and only includes the middle price tier of homes. Los Angeles home values have gone up 17.4% over the past year.” The average house for the rest of the US is $375,000. 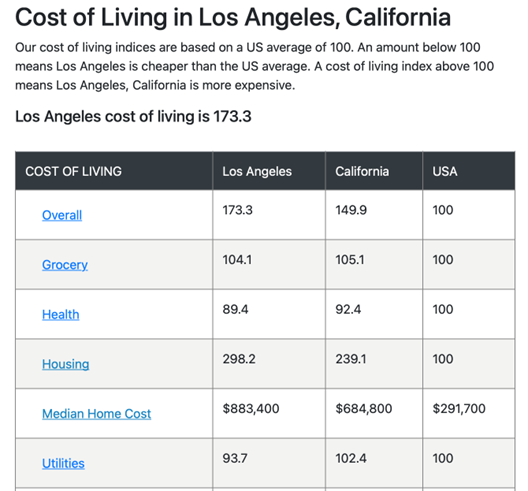 According to Google an annual income of around $75,00 is enough to live in LA.

Here is some good news! The average chiropractor working  in LA earns $177,000/year with a $150,000 on the low end and over $300,000 on the high end! Moving to Los Angeles to work as a chiropractor seems very reasonable and a good way to enjoy the sunshine state. The average earning for chiros in LA is way higher than in most cities across the US.

As always please check out www.chirorecruit.com for recent job listings and postings!

From the mountains, to beaches, to the desert southern California has it all and can be an amazing place to live.